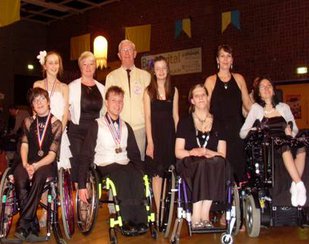 After so much success in Holland over two years, it was difficult to think we may take part in 2010. The dancers we had worked with for three years had left Kingsdown School and gone to college and the new pupils were not ready to travel.

Early in the New Year, things changed and we made contact and gathered together four wheelchair dancers and three standing partners, to form a new club for the school leavers. In less than two months we managed to train the standing partners from scratch, set up four couples for the competition, organise finance and book the transport.

Our thanks to Southend on Sea Borough Connexions, Kingsdown School and Ronald Salvesen’s private charity for funding.

Kingsdown, although closed for Easter, allowed us to load and start from the school. Thank you Graham Brown for opening the school over the weekend. 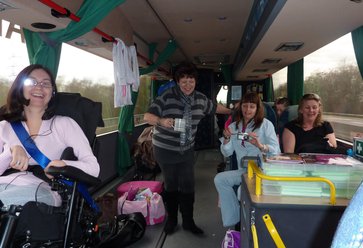 There was great excitement when the new Jumbulance arrived. A super coach with all modern conveniences for people with disabilities. Our drivers, Brendan and Paul soon got us organised and on our way. We made good time to Folkstone and managed to catch and earlier train. As a registered ambulance we were first onto the train again and there was a lot of praise for the skills in getting the very large coach onto the train in one manoeuvre. For those that had not travelled with us before, the loading, driving within the train and the channel crossing was an exciting experience. We had normal delays at Antwerp but with the extra space, super toilet and cooking facilities on the new coach, we were able to make a through journey to Cuijk with only short stops for driver changes. Margaret, who travelled by air the day before to attend a meeting, was there to meet us and advise us that she had organised a large table for the evening meal, so we went straight to dinner, before unloading the coach. Later, it was all hands on, to unload, before settling down to enjoy the comforts of the hotel.

Each of the competition days went well. We left early each day, so that we could get to the venue, be organised with dress, competition numbers and get practice on the very large floor. Because we were representing Great Britain, different couples had the honour of escorting the Union Flag each day, at the opening flag parades. With recalls through to the semis and finals the days went quite quickly. We entered three events each day with all couples reaching the semi finals and two couples reaching the finals. 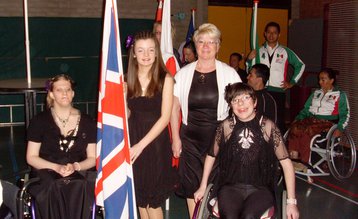 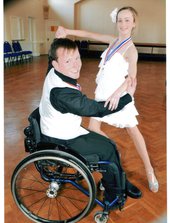 James Ireland and Paige Tyrrell were outright gold winners each day in the Debutante Combi Class, having been streamed directly through to the semi finals, on each occasion. We entered 6 events and returned with a total of 4 gold and 4 bronze medals

In the evenings we celebrated the success and congratulations of each day, and socialised in the company of competitors from 18 countries. It was said that some were up until 2 am on the morning that we left. Probably true, because we had a very quick and quiet run home. We arrived back at the school on time ( thank you again Graham ), displaying our trophies, with wonderful memories, souvenirs and photos to remind us of another successful project. 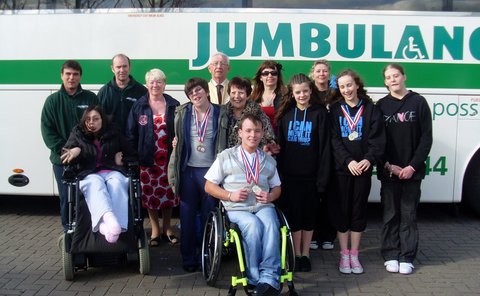 These sort of trips depend so much on the support of teachers, parents and alike. A special thank you to Lynn who acted as carer to the young people and mother to us all and to Brendan and Paul who have become friends as well as drivers, bell boys, porters and entertainers.